As requested in the comments, here’s a visual explanation of Arnold licensing, to go along with the Softimage version I posted last week. 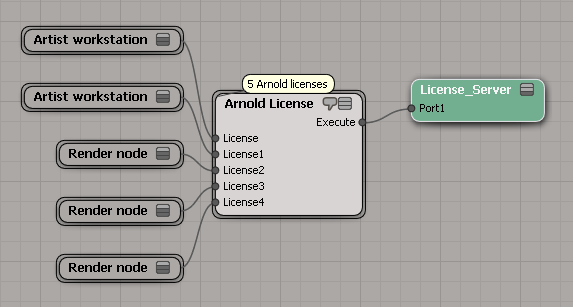 Arnold licenses are checked out when you actually render, not when you start Softimage or load a scene. If a workstation isn’t doing a render region, or a render preview, or rendering frames, then there’s no Arnold license being used. So maybe it is more accurate to think of it like this:

Arnold licenses are per machine, so all processes on the same machine share the same license. Note that you can limit the number of threads per render if you want to run multiple renders on one machine.