The commercial was created using SoftImage

The commercial was created using SoftImage and airs throughout December on the Cartoon Network.

The Hive’s brief was to create something bright and colourful that really screams Christmas to promote the fact that Legoland is opening its doors over the festive period for the first time.

The Hive worked closely with Cartoon Network Producer, Tracey Cleland, to create 24 different versions – one for each day of December leading up to Christmas day. Each commercial opens with an optical pan in which a Lego Santa welcomes the viewer to a winter landscape of snow-capped hills and trees. The viewer is then drawn to one of 24 Lego advent calendar boxes that open to reveal either a mystery prize or footage of one of Legoland’s Christmas attractions. 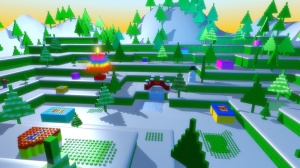 “To maximise efficiency we decided to produce a limited number of advent boxes which could change colour and date and be rotated to fill all the days required,” comments Adrian Wyer animator/compositor at The Hive. “The clever trick with this advert is that because every day is different the viewer is not left with the usual Christmas commercial fatigue.” 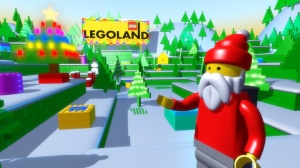 The advent calendar commercial follows on the back of a ten second teaser created at the Hive that invited people to ‘Leg it to Legoland’. This aired on the Cartoon Network in November.