After last Friday’s flashback post, Len Krenzler posted a link to the Def Leppard “Let’s get rocked” video, which was done in 1992 with Softimage|3D:

Came across this old Def Leppard piece, it was on the Softimage3D demo
reel the first time I saw it. Modeling has come a long way since then
but it was quite impressive at the time.

Luc-Eric pointed out that at 1:14 of the vid, you can see Softimage Eddie (click through the screenshot below to see an animated gif of a node connection operation):

At other points in the video, you can see Softimage|3D: 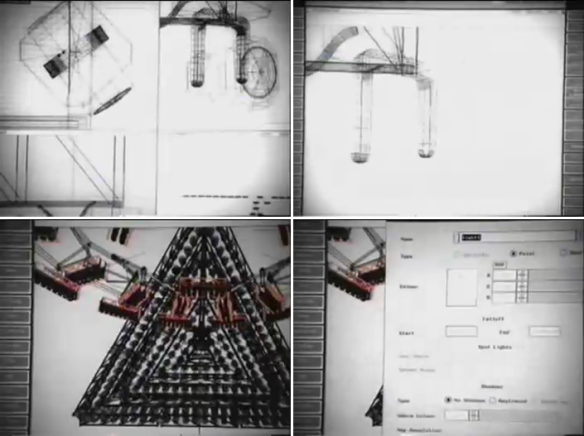 Googling “def leppard” and “softimage” quickly led me to the Reboot series from MainFrame, where I found this bit of info:

There’s also a few interesting mentions of Softimage in the history of the Reboot series: