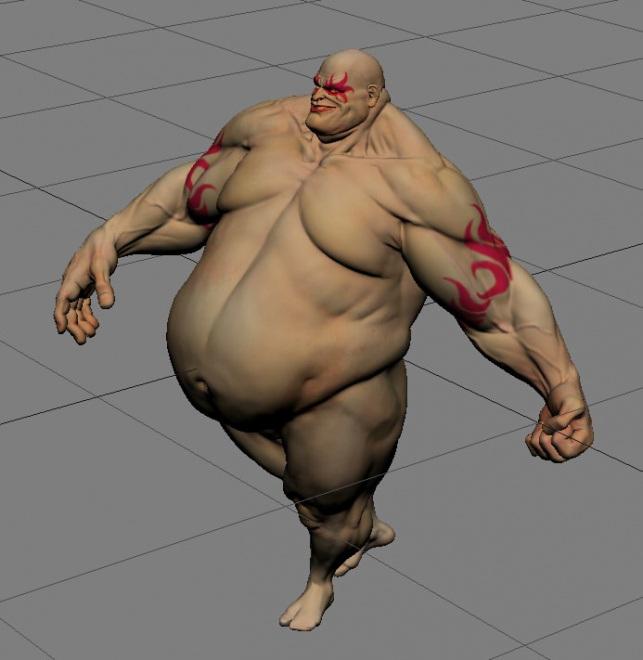 11 Dec 2002 — Softimage|XSI BatchServe is available immediately from authorized resellers. Through December 22, it is available at the introductory price of $495 per client license or $15,000 for a site license.

The SOFTIMAGE|XSI BatchServe system allows users to cue up, prioritize and manage rendering jobs from anywhere using a simple web browser and the SOFTIMAGE|XSI environment. With this system, users can monitor the progress of processing or rendering projects remotely, including tracking individual machine performance, previewing rendered images, isolating problem frames, and estimating total render-time. The system can also process scenes, passes, and compositing, and execute any batch script remotely using the processing power of the Softimage family of rendering products. This product family includes SOFTIMAGE|XSI Batch, Softimage’s cost-effective batch processor utilizing the mental ray® v.3.1 technology, and SOFTIMAGE|XSI BatchUniversal, the industry’s most flexible rendering and processing system. Users can also employ SOFTIMAGE|XSI Essential or Advanced licenses to add the artist’s workstations to the render farm when they are not using them.

“Managing a render farm is often a very complex process which requires the constant supervision of highly technical staff. With the SOFTIMAGE|XSI BatchServe system, any animator is now equipped to handle the job. They simply submit their scene and set priorities, and BatchServe takes care of the rest,” comments Michael Stojda, Softimage’s managing director. “Because it is so fast and easy to use, BatchServe significantly boosts the productivity of production houses while significantly lowering operational costs.”

“We believe that our artists and technical staff have better things to do than spend their nights at the office creating and overseeing a render queue,” comments Marco Spier, partner and animation director, PSYOP Inc. “That’s why we decided to use SOFTIMAGE|XSI BatchServe for one of our recent projects, the latest Starbucks commercial. We had to render and composite a 30-second commercial with more than 120 layers in less than a week. SOFTIMAGE|XSI BatchServe allowed us to manage the renders very effectively and complete the project on time.”

Pricing and availability
The SOFTIMAGE|XSI BatchServe software is available immediately from authorized resellers. Through December 22, 2002, it is available at the introductory price of $495 per client license or $15,000 for a site license. For further information please visit the Softimage website at http://www.softimage.com.

Feb 2002 Customer story on how ILM used SOFTIMAGE|3D on Harry Potter and the Philosopher’s Stone, in particular the CG python seen at the beginning of the movie.

Glasses, bowl-cut hair, a British prep-school look – not exactly qualities of a hero with mass appeal, but Harry Potter has become just that: a literary and marketing phenomenon with children and adults alike. Harry Potter and the Sorcerer’s Stone is the film adaptation of J. K. Rowling’s first novel in her series of best-selling adventures about a young wizard coming into his own. Directed by Chris Columbus, the film has steadily attracted fans since its opening. With a dominant theme like magic, visual effects experts from various facilities had to create some magic of their own to deliver the 600 CG-intensive shots required. Film production designer, Stuart Craig’s designs became the guidelines for all character creation. This included the skills of makeup artists, Jim Henson’s Creature Shop and the animators at five London effects houses and three facilities in California, one of which was Industrial Light & Magic (ILM).

While animatronic creatures were used in shots requiring limited movement, more complex character motion and close-up performances required intensive CG work. Columbus was insistent that the creatures be subtly convincing, regardless of the potential for some outlandish characters to pop into Harry Potter’s magical world. Case in point: the CG snake created for the scene at London’s Regent’s Park Zoo, where Harry visits the reptile house with his foster parents and obnoxious cousin Dursley. As Harry “bonds” with a python, the glass barrier separating the snake from visitors magically disappears and the python slithers out to interact directly with Harry.

For camera line-up and sleeping scenes, an animatronic snake was used, but creating a truly convincing performance required a fairly complex CG actor. “We do a lot of creature work at ILM based on a biped model,” states technical animator Paul Kavanagh. “But a snake is essentially a tube of vertebrae and muscle moving in all sorts of ways, and I had to animate that believably.”

ANIMATING A TUBE OF VERTEBRAE & MUSCLE

The initial SOFTIMAGE®|3D model of the snake was composed of nine controllers down the creature’s length, which could be translated to affect its length and shape. But Kavanagh found the model slow to animate and it was difficult to obtain the full range of motion required. He therefore doubled the controllers to 18, but this turned out to be “twice the effort and twice the complexity – and I still wasn’t getting the full motion I wanted,” says Kavanagh. “The snake needed to be animated over objects and I couldn’t get that by moving boxes [controllers] around.”

It was decided to build an intermediate model in SOFTIMAGE|3D to drive the original controller-model, but the question of how a snake actually moves still lingered. Kavanagh explains: “One of our animators brought in her pet python for me to observe slithering around the hallways. So I took some video footage of that, got reference material from National Geographic, and determined that as a snake moves, its muscles and coils contract to push it along a path. To replicate that, I built a path in SOFTIMAGE|3D of where the snake needed to travel, then I could take the intermediate model and slide it along the path drawn in 3D space.”

Good idea, one problem: it looked just like a snake sliding along a pre-determined path. The path itself needed to be animated so that, as the snake moved, some coils would contract, others would expand and the path itself would follow this motion via controllers along the route, complete with a tail-whipping motion, to create a real-life slithering feeling.

ILM’s in-house Anim-Rep software enabled Kavanagh to take SOFTIMAGE|3D files with controllers in-place and apply them to completely different scenes in SOFTIMAGE|3D. The intermediate model of the snake slithering along the path could thus be “anim-repped” into the initial 18-controller model, enabling it to follow the path-animated model’s motion.

ILM’s deformation tools were then used to create highly realistic flesh movement. This method, first used to advantage on Jurassic Park III, distributes textures over musculature and bones for a more organic look instead of having CG textures stretching in localized areas. “Our rendering and compositing departments also did a wonderful job making it all work in the scene,” adds Kavanagh. “Chris Columbus couldn’t stop talking about the work; he really loved it.”

It’s always gratifying to satisfy the director, but what really keeps Kavanagh motivated? “Well, I was going to say the money, but that’s not the real reason. I went to see the movie with my wife and it was great watching the crowd’s reaction to the snake scene – they didn’t even notice it was an effect, which is what you want at the end of the day. That’s the true value of the job: to create something that works that well.”