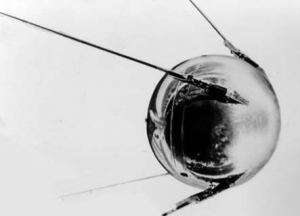 I saw a case recently where a customer was asking “what to install on a satellite machine,” and “what do I do for licensing?”

The simplest answer is “just install Softimage in 30-day trial mode” and then set up the satellite service. That’s it.

The satellites don’t use a license. Only the master computer needs a license, and it’s the master that controls the maximum number of satellite machines (4).

If you have a network license, you may want to set up the satellites so you can run Softimage or xsibatch. In that case, you’ll want to point the satellite to your license server. You can either do that during the install, or by editing setenv.bat afterwards.

There was a thread on xsibase the other day about using a batch file to turn satellite rendering on or off by changing the .ray3hosts file.

For example, you would create a batch file on your desktop that does this:

.ray3hosts-disabled would either not exist, or have different satellites listed. Softimage will try to load the specified file, and would not fall back on the other .ray3hosts file.

So, you’ve set up your .ray3hosts file, got the raysat services running, and ping and telnet show that there’s no connection problems. But satellite still doesn’t seem to be working. What to do?

In this video, I take a look at what to look for in a Process Monitor log from a satellite rendering computer. If you don’t see what I’m showing, then the master is not connecting to the satellite.

To use Process Monitor to confirm whether the master connects to the satellite:

This one is pretty annoying. I remember once spending a lot of time on one case before I figured it out.

If you add an entry like to the end of the C:\windows\system32\drivers\etc\services file:

where there is no line break after the “tcp”, then the raysat service won’t start and will report “Error 1092”.

But if you add a line break after the “tcp”, or add a # comment like this, then you can start the raysat service:

The installer doesn’t set up the raysat satellite service for you, but it’s easy enough to do manually.

Softimage 2011.5 (Subscription Advantage Pack) doesn’t have this particular drop, but you will see this change in subsequent releases.

The exception code 0xc0000005 (access violation) indicates this is probably a memory access error. The software is trying to access a region of memory that it shouldn’t be accessing. In general, this could be a problem in the code (for example, a NULL pointer), faulty RAM, or even a bad device driver.

If you get this error with any scene (for example, with one of the sample scenes that ships with Softimage), then that may indicate the problem is specific to your computers. Or if you get the error only with a certain computer, that would indicate a possible problem with that one computer.

In one case I had recently, the user got this 0xc0000005 (access violation) error and then an endless series of bad message…0xbad0bad errors. We traced the access violation error back the number of different animated objects that were being instanced through ICE using assemblies.

Assemblies are used when an ICE trees use one of these compounds:

Using assemblies can be memory-intensive, so it appears that when you’ve got a lot of particles and a lot of animated instances of many objects, satellite rendering may fail with a memory access error (actually, the frame was rendered, but XSI was hung up after because of the errors).

In a recent case, a customer getting a endless repetition of this error message when he used satellite rendering:

By itself, this message doesn’t tell us much more than that something bad happened and now the master and the slave aren’t communicating.

Typically, the real error message is output just before all these bad message errors start. To catch this first error, we redirected the xsibatch output to a log file:

The initial error turned out to be a memory access error. More on that later.